To find out how to get companions/pets, please refer to the MYO Guide!

Familiars, more commonly called Companions by many Paralogos Owners, are a strange phenomenon.
It seems as though the Paralogos species, in an effort to become closer to their owners, took on attracting beings to call companions.
(Like how Paralogos have caretakers, Paralogos are the caretakers of the familiars.)

Companions take on many shapes and forms, but only very, very rarely appear as anything resembling a dinosaur-like species.
In fact, it is much more common that they take on the forms of "mythical" beings than dinosaurs themselves.

These companions always resemble or add onto the Paralogos' in question's main theme. The maximum amount of companions or familiars a Paralogos has been seen to tend to is two.

This is mainly due to the fact that these beings seem to feed off of a similar energy that the Paralogos in question does. These companions can help a Paralogos in many tasks, tending to have their own bit of magical strength, but all the same-- it is taxing on the Paralogos for companions to use their powers.

Rarely, un-bonded companions will appear as un-traited animals which seemingly appear a little abnormal. This occurs only very rarely though, and usually the Companion is distressed at losing their original Para-partner. They can be re-bonded though to a new Para, and will gain new traits/appearance.

Whifflings have also been observed bonding to these creatures, and in some cases the aforementioned un-bonded companions from Paralogos. When the phenomenon occurs for a Whiffling, these Companions have been often called Pets. They're much smaller than Paralogos Companions, since they adjust to the Whiffling's size.

Whiffling Pets seem to have some magical ability as well, seemingly tapping into it as their Whiffling "owners" don't have nearly as controllable a scale of magic as Paralogos do. As a result, they also seem to have a more fluid ability in terms of their appearance than Paralogos Companions. (Generally being in a similar category theme.)

- They must match aesthetically (color/theme) to the Paralogos/Whiffling in question.
This means you might have a Ginkgo Paralogos-- an acceptable companion would also be similar in theme-- for example, they could not be a wildly different sort of tree or leaf. With Whifflings, this has slightly more wiggle room, in that a generally same category is acceptable.

- Companions/pets are essentially 'soul-bound' to their Paralogos/Whifflings.
This means if you trade the Paralogos/Whiffling or gift it away, the companion/pet will go with them. We are open to working with members if this proves to be an issue or cause for concern, however, but this is clear enough in the lore. 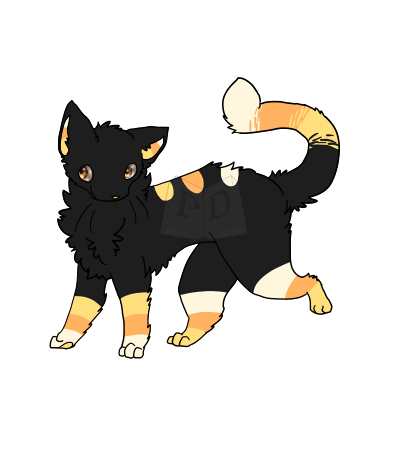 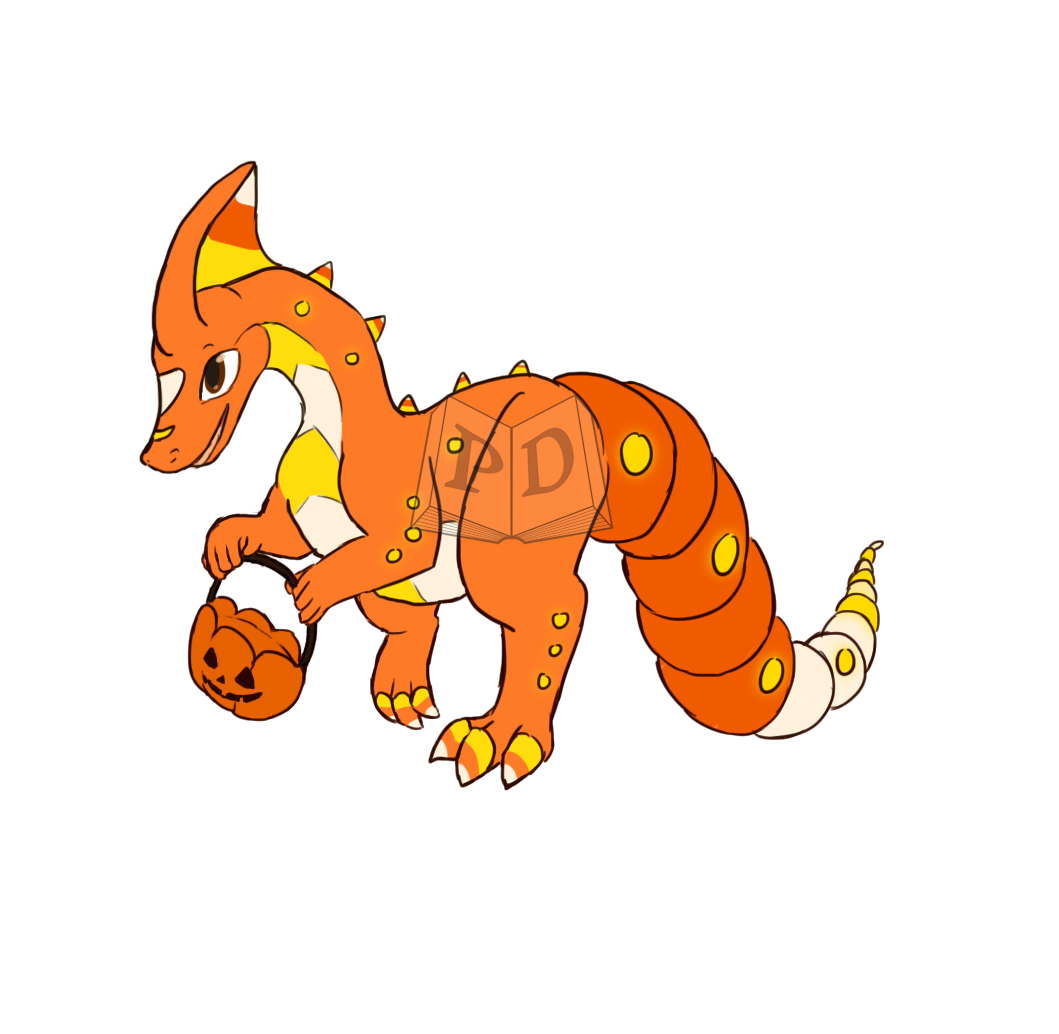 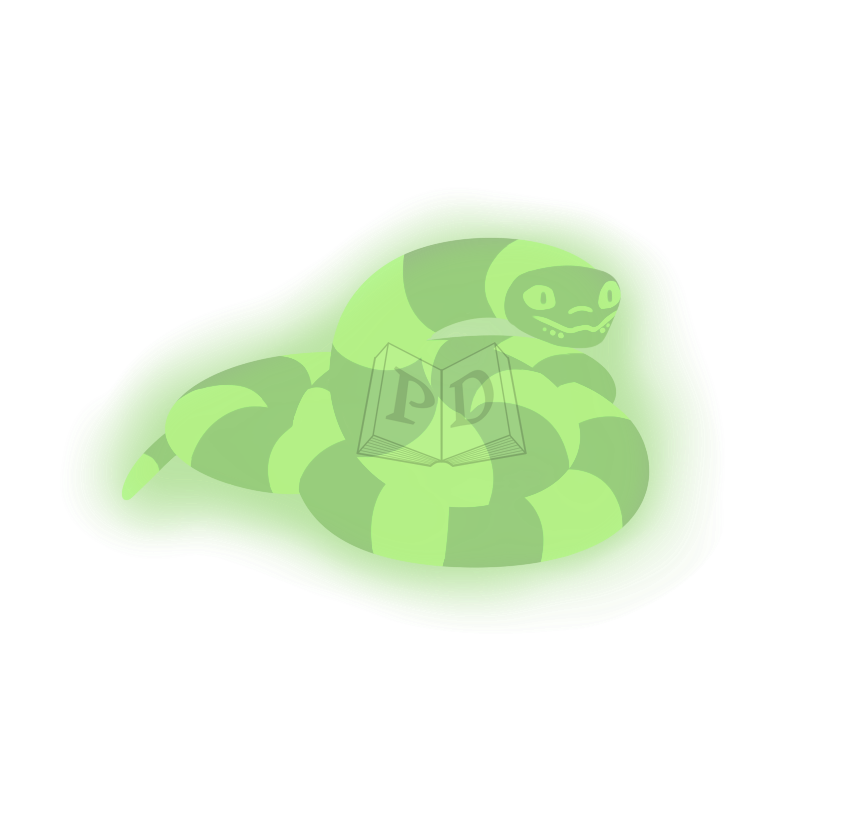 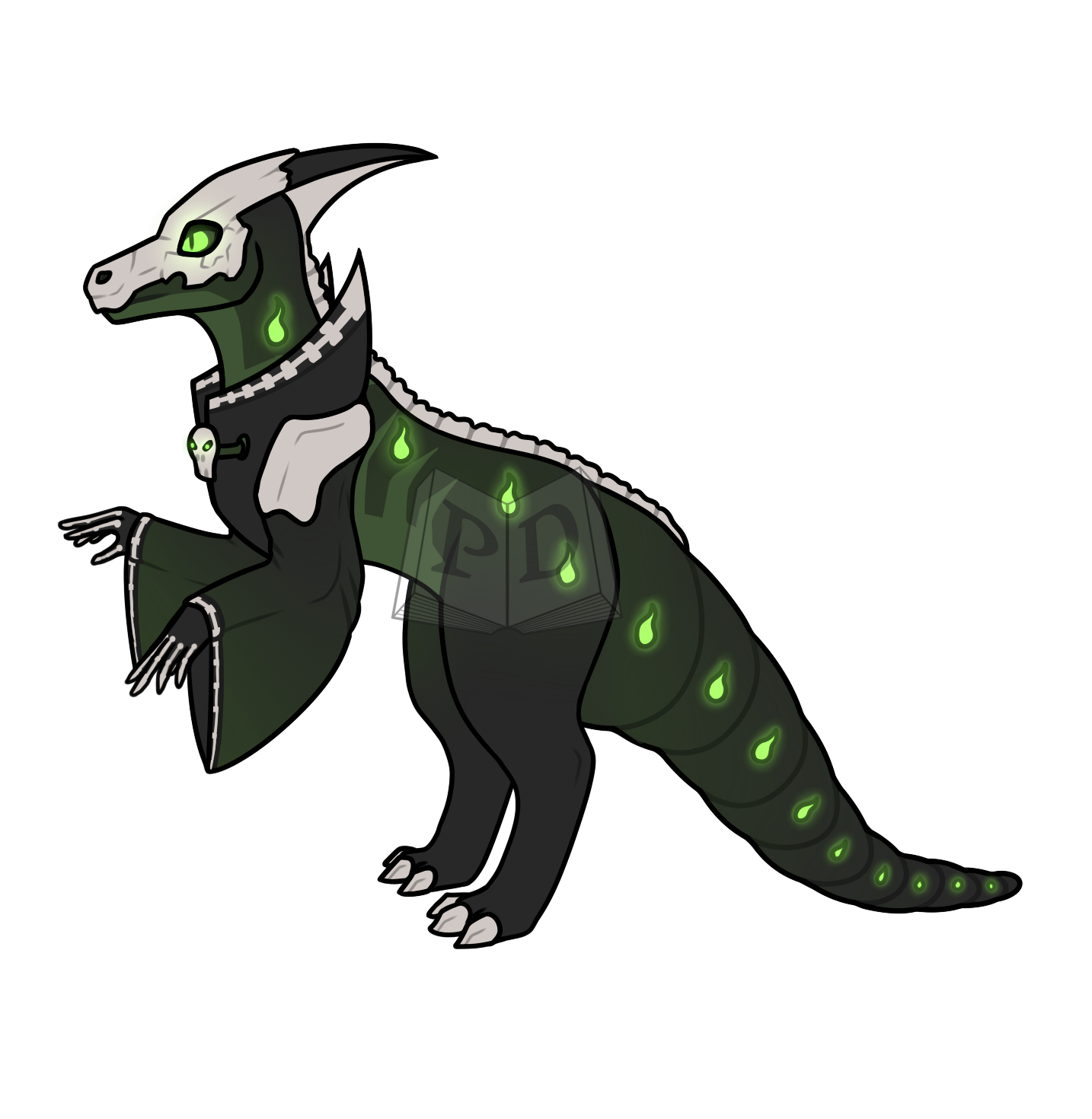 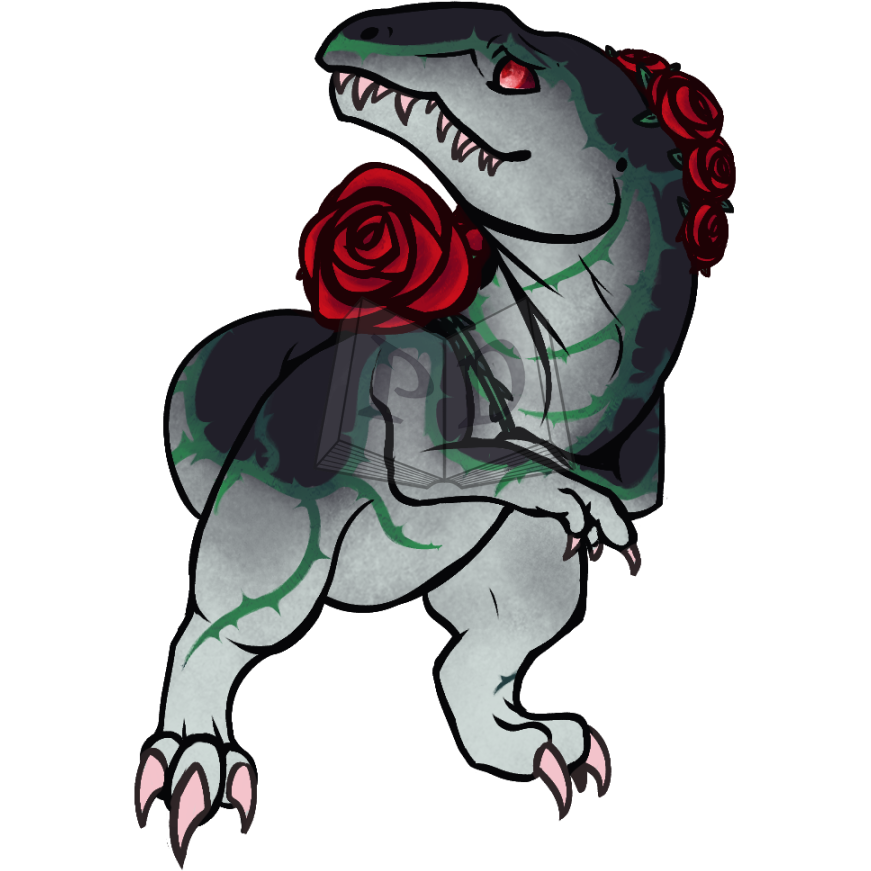 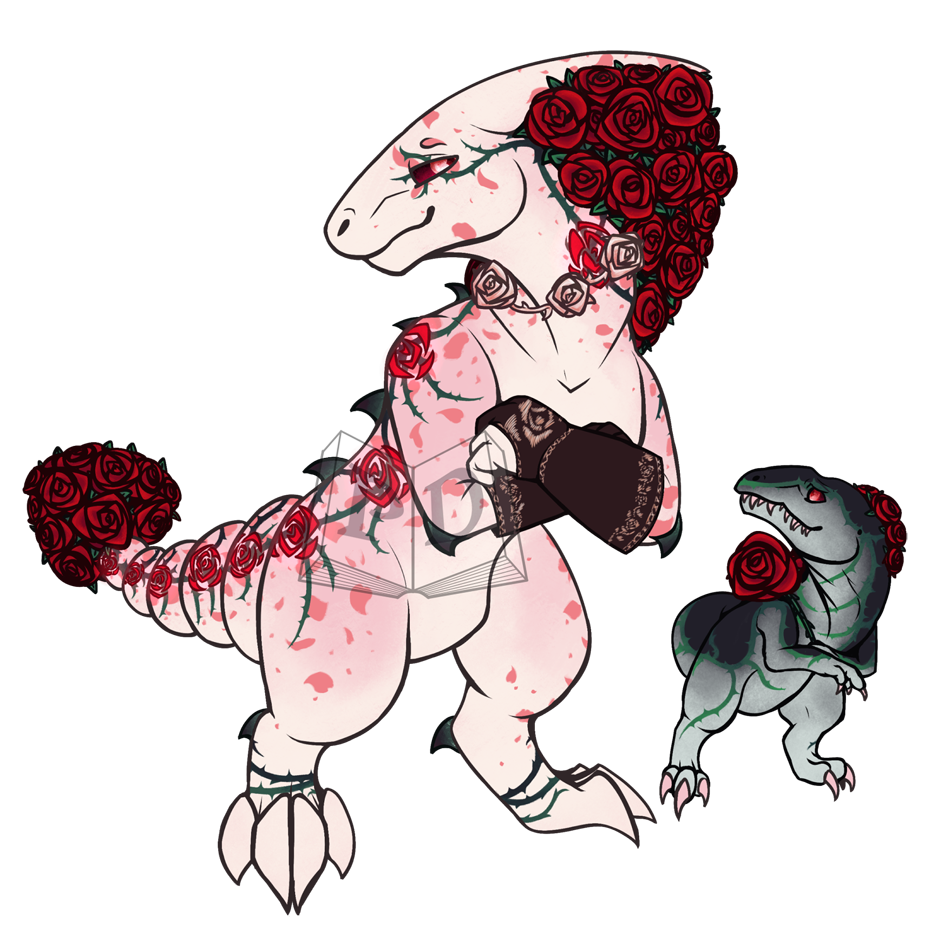 (Rose) Acrocanthosaurus for Rose Paralogos
*You are allowed to use unnatural colors for Normal Companions as long as they fit to the Paralogos/Whiffling's design.
However, please note that adding any other type of unnatural feature (bonus limbs / transparency / magical abilities / etc) will make it a Mythical Companion, regardless of the creature's species.