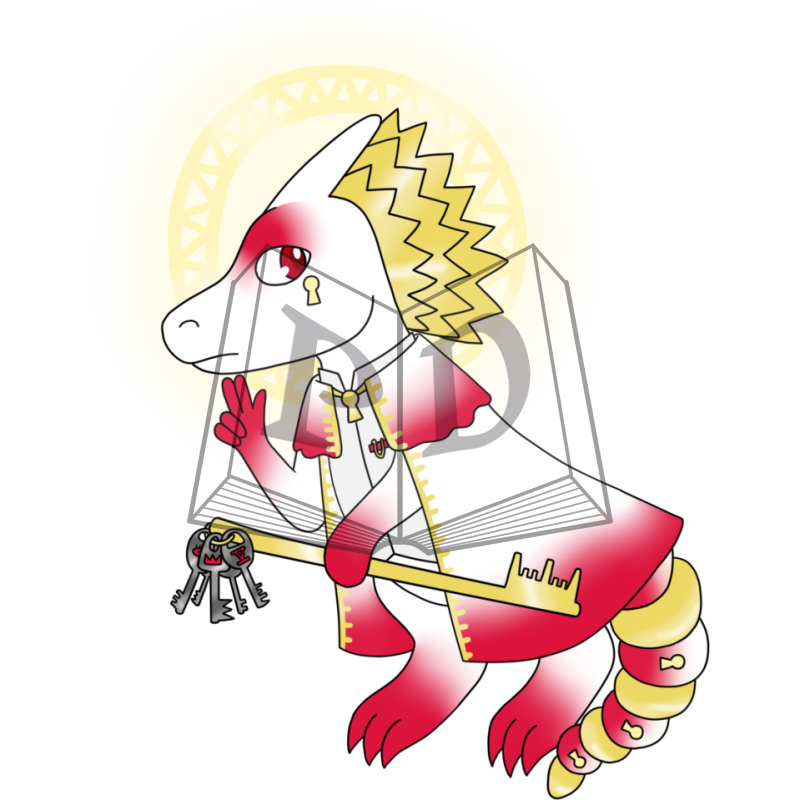 Origin:
Tarot: 1590s, from French tarot (16c.), from Old Italian tarocchi (plural), of unknown origin, perhaps from Arabic taraha "he rejected, put aside." The deck first was used in Italy 14c., as playing cards as well as for fortune-telling. The tarots, strictly speaking, are the 22 figured cards added to the 56-card suits pack.

Definition:
The 5th Major Arcana card in most tarot card decks, generally portraying a male religious figure (like the pope) with his right hand his raised and his left holding a cross, on a throne, between two pillars. Before him kneel two followers, and a pair of crossed keys sit between his feet. Upright, the card represents tradition, conformity, and religious/spiritual beliefs. Reversed, it can mean personal beliefs, non-conformity, and new methods.</p?

Magic Status: 1 - Neophyte
Tier 1 - This Paralogos can project a "halo" out of light..