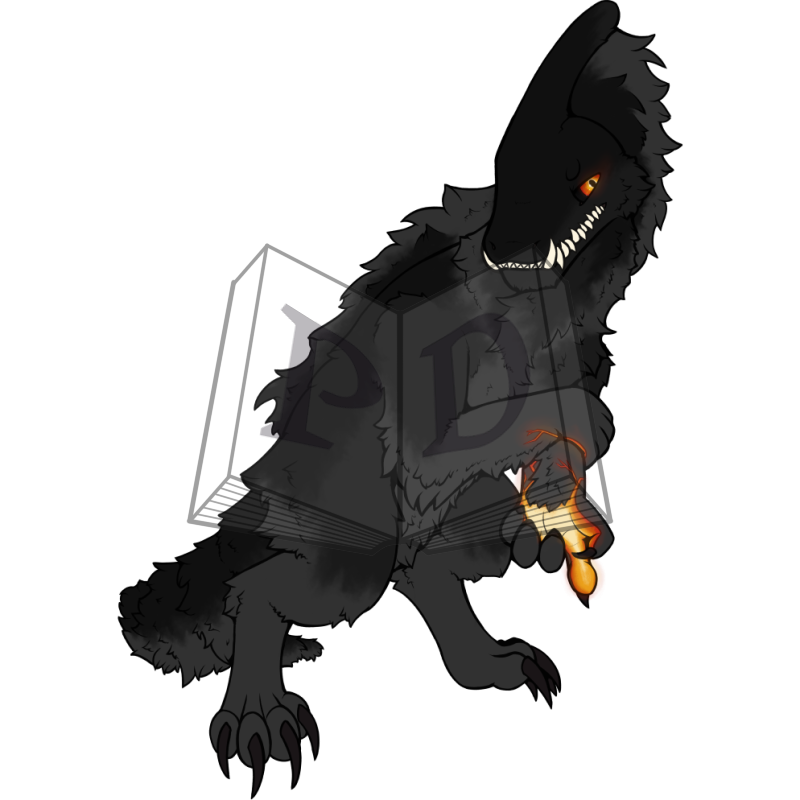 Origin:
Old English - In English folklore, Black Shuck, Old Shuck, Old Shock or simply Shuck is the name given to a ghostly black dog which is said to roam the coastline and countryside of East Anglia, one of many such black dogs recorded in folklore across the British Isles.

Definition:
A specific variety of the Black Dog ghost, generally considered an omen of death and bad luck. A massive black dog, with shaggy hair and red eyes (and sometimes its a cyclops.)
Some stories of the Black Shuck have it more as guide, or at least less hostile, but generally the more prominent stories have it as Bad News.

Magic Status: 1 - Neophyte
Tier 1 - Surfaces that make contact with this Paralogos' glowspots take on a temporary burnt appearance, with the timespan of the illusion depending on length and force of contact.