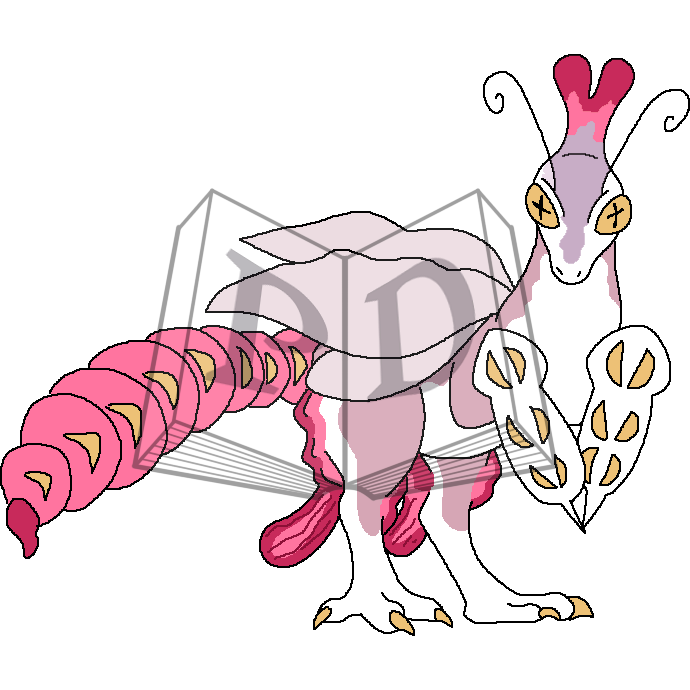 Origin:
English, combination term based on the mantis' appearance and similarity to the flowers it generally hides in.

Definition:
Hymenopus coronatus (Common name, orchid mantis) is a mantis from the tropical forests of Southeast Asia. It is known by various common names including walking flower mantis and orchid mantis. It is one of several species known as flower mantises from their resemblance and behaviour. They are known to grab their prey with blinding speed.

Magic Status: 1 - Neophyte
Tier 1 - This Paralogos' arms have shifted in form to act and appear closer to its word focus, becoming more mantis-scythe like.