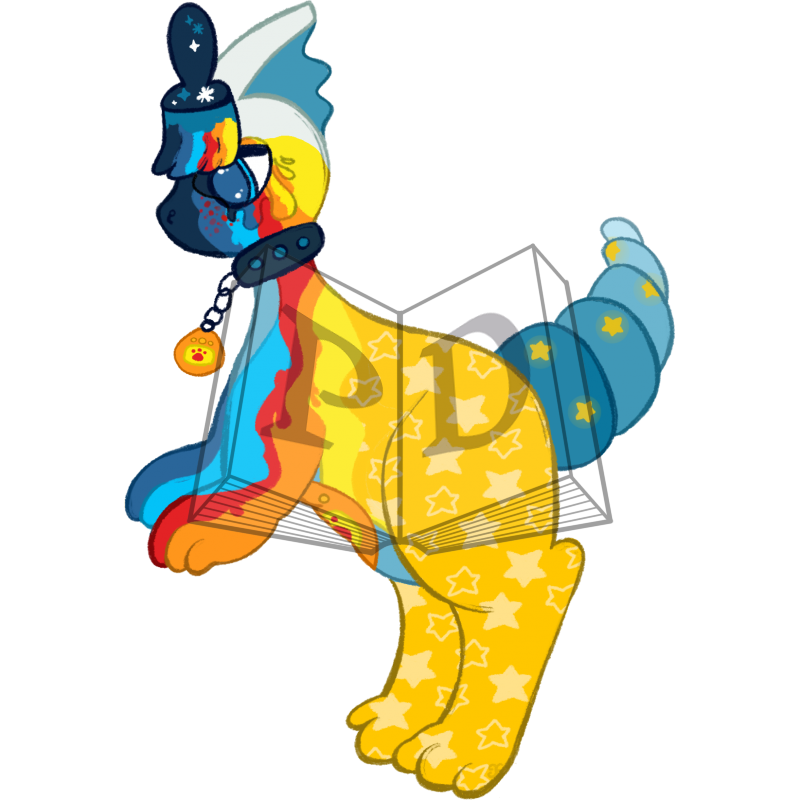 Origin:
Virtual: Late 14c., "influencing by physical virtues or capabilities, effective with respect to inherent natural qualities," from Medieval Latin virtualis, from Latin virtus "excellence, potency, efficacy," literally "manliness, manhood" (see virtue). The meaning "being something in essence or effect, though not actually or in fact" is from mid-15c., probably via sense of "capable of producing a certain effect" (early 15c.). Computer sense of "not physically existing but made to appear by software" is attested from 1959.

Pet: "domesticated or tamed animal kept as a favorite," 1530s, originally in Scottish and northern England dialect (and exclusively so until mid-18c.), a word of unknown origin.

Definition:
Another term for cyberpet, an electronic toy that simulates a real pet and with which human interaction is possible.

Magic Status: 1 - Neophyte
Tier 1 - This Paralogos can shift the color of the "paint" markings when desired.