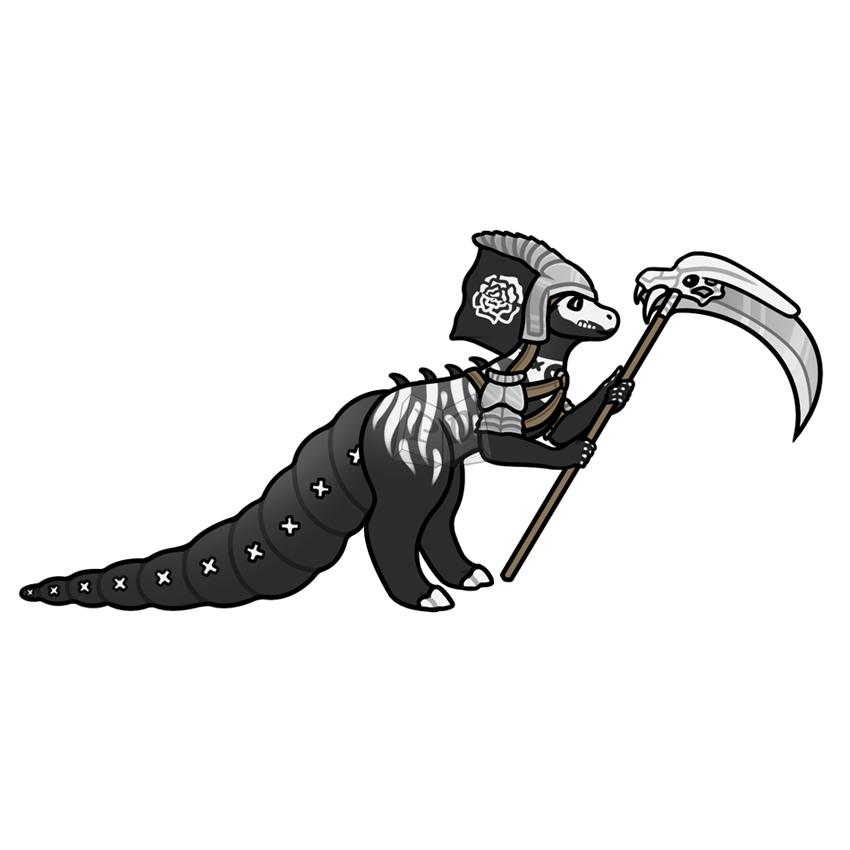 Definition:
Death (XIII) is the 13th trump or Major Arcana card in most traditional Tarot decks.
It is used in Tarot, tarock and tarocchi games as well as in divination.
Some decks, such as the Tarot of Marseilles and Visconti Sforza Tarot omit the name from the card, calling it "The Card with No Name", thus giving the card a broader and less frightening meaning. There are other decks that title Death as "Rebirth" or "Death-Rebirth."
The Death card usually depicts a Grim Reaper, personified Death, sometimes riding a horse but more often wielding a sickle/ scythe

Magic Status: 1 - Neophyte
Tier 1 - The markings on their back can move in flame-like manners.