Aster spent a lot of time looking at the sky.

He loved to observe the movement of the clouds and the colors that splashed the world above him, as if someone took an enormous paintbrush and used the heavens as their canvas. He especially loved sunny days, gazing longingly at how the intense light from Lingua’s own star shone through cloud droplets and tempered glass. He always felt the most energized when directly under the sun’s rays.

Unfortunately, his caretaker viewed this behavior as laziness and defiance.

“Clyde!” Ms. Brookshire yelled. “Get back inside, now!”

Aster sighed and plodded back toward the french doors leading to the mansion’s back sitting room.

Nearly a year ago, Aster’s egg was plucked from somewhere beyond Sermos’ city limits. He hatched under the care of the Brookshires, one of Sermos’ wealthy elite. They named him ‘Clyde’, supposedly a name fitting for a Paralogos in servitude of high society. He never liked the name and secretly chose his own instead. He picked the name ‘Aster’ from one of the flowers planted in the back garden, Aster amellus. It sounded much nicer than ‘Clyde’, plus the namesake flourished in the sunlight, just like him.

Aster endured months of his caretaker forcing him to read fine literature, stuffing him into outfits of expensive and rare materials, and learning everything from perfect table manners to ballroom dancing, all in an effort to get him to select a word focus that Ms. Brookshire approved of. She threatened to abandon him in the streets should he transform into a Paralogos associated with anything ugly, embarrassing, or cheap. He hated every bit of it, and did his utmost best to not pick a word at all. When reading from the mansion’s enormous but limited library (only certain subjects were kept, none of which interested him), he’d study the imperfections in the paper instead of the writing itself. He’d gaze out the window while one of the maids dressed him, focus on the glint of the silverware at the dining table, and close his eyes while dancing to make himself dizzy.

His stubbornness infuriated his caretaker. Had she not found him at least useful for completing regular cleaning tasks, she would have gotten rid of Aster long ago. Of course, he would have left before she had the opportunity to. So why didn’t he?

Aster was stubborn. He needed to be in control of his actions, of everything that affected him, hence why he fought so hard against his caretaker’s influence. Not that he didn’t think a fancy-type word suited him, but because he wanted to choose his own word, his own way, in his own time. But while living under the Brookshires was annoying, at the end of the day it was nice to have somewhere warm to sleep. So, he stayed.

After a few months, Ms. Brookshire suddenly stopped pestering Aster about his word focus. There were no more etiquette lessons, no more spending a required amount of hours in the library each day, and no more outfits. All he had to do were the endless cleaning and tidying chores. Suspicious, Aster kept his eyes peeled during his busy work. He even opted to snoop around the mansion instead of finding time to sneak outside to the sunlight. It wasn’t long until he learned the reason behind his caretaker’s sudden change of heart.

One day, he stumbled upon another Paralogos mopping the kitchen floors. She was a tabula rasa like him, though a bit shorter in height. Although Aster never considered himself to be lonely while living with the Brookshires, because he was taken as an egg he never had the opportunity to socialize with his kind before. Though his caretaker decided to dub the new Paralogos ‘Cynthia’, Aster didn’t think the name suited her well.

“Yes, but spelled a little differently. I dunno, it just feels right to me.”

Aster completely understood. Although his chosen name was based off of a flower, he knew his word focus wasn’t related to the species. There was something else about it that made his name feel perfect to him. He didn’t know why, but perhaps in time he’d come to understand.

The two dinosaurs continued to meet and talk, mostly from the prying eyes and ears of their owners. The first time they were caught together, Ms. Brookshire was irate. Her daughter Emmaline, who had claimed Theia, bawled at the fact that her Paralogos preferred spending more time with Aster than her.

The human pair went all out in trying to influence Theia’s word choice, and it made her miserable. Until this point, Aster didn’t care much about his circumstances. He could bear the Brookshires’ antics because he was not afraid to be openly defiant. He liked the promise of warm food and a dry place to sleep. With Theia, however, he couldn’t stand to watch them try to tear her down. She clearly yearned for stability and a sense of purpose, and he wanted nothing more than to help make her happy. They decided they were going to leave - together.

Planning for their escape was tricky. Emmaline insisted on cuddling her Paralogos while she slept, as if Theia was a stuffed animal. Extracting her without waking the girl up was near impossible, so a late-night escape was out of the picture. Instead, they settled on plan B.

“In two weeks, Ms. Brookshire is hosting one of her largest parties of the year,” Aster whispered to Theia while they worked. He was cleaning the windows while she dusted the furniture. “That’s our ticket. The property will be swarming with people who won’t look at us twice, and she’ll have her hands full entertaining these guests.”

He turned to the other Paralogos to look directly in her eyes.

“Theia, I’m getting you out of here.” 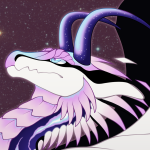 1 ・ 0
In Wisdom Tasks ・ By kazulthedragon

A short story of Aster's upbringing and more context into his relationship with Theia. A sister/sequel piece to Theia's Younger Days wisdom task entry. 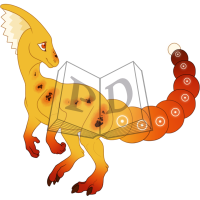 #2855 for Wisdom Tasks by kazulthedragon

In the rich text editor:
[thumb=1731]
In a comment:
[Aster (Sun) - Younger Days by kazulthedragon (Literature)](https://www.worldoflingua.com/gallery/view/1731)
There are no comments yet.