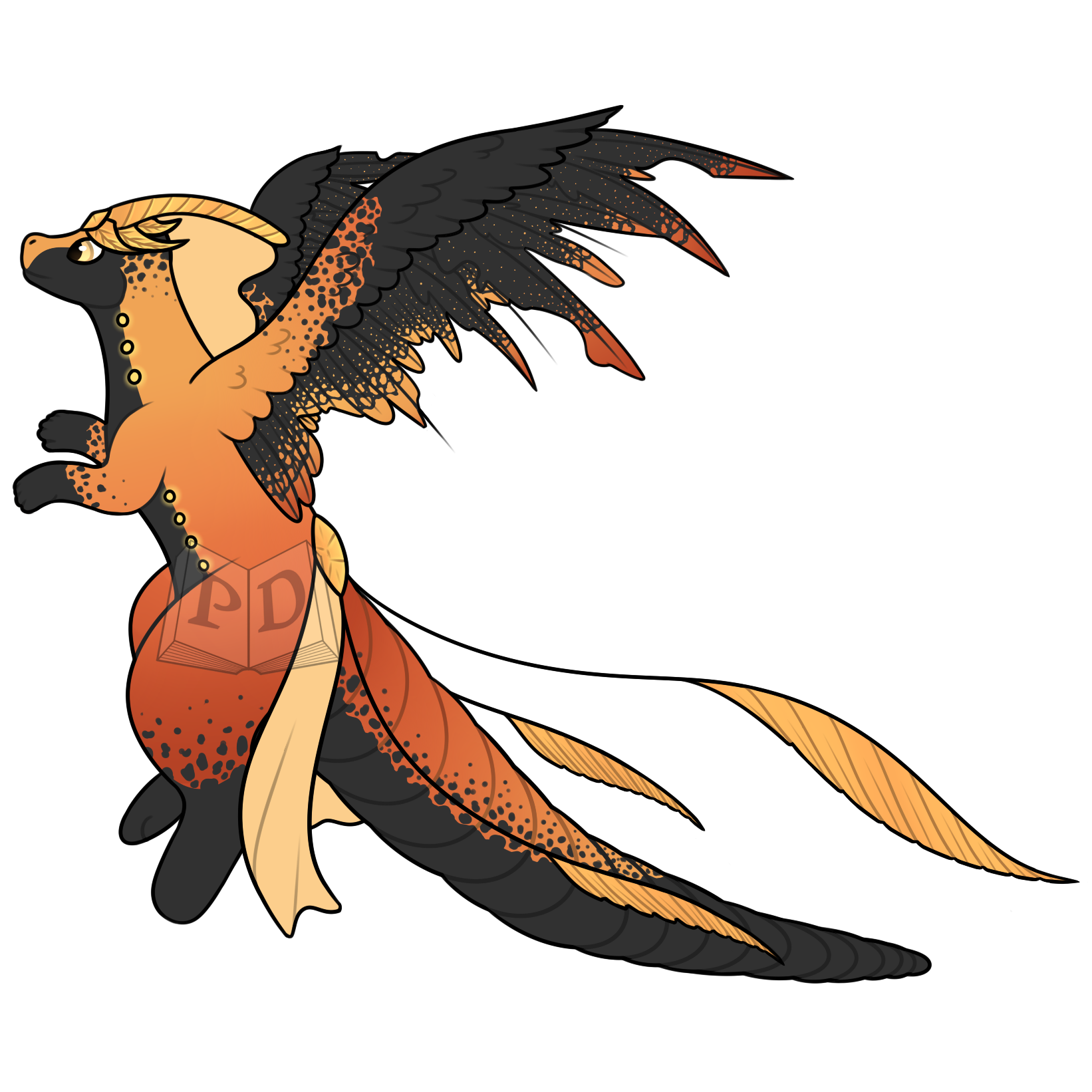 This Paralogos has received a Large Redesign
Original Design

Definition:
A unique bird that lived for five or six centuries in the Arabian desert, after this time burning itself on a funeral pyre and rising from the ashes with renewed youth to live through another cycle.

Magic Status: 1 - Neophyte
Tier 1 - the wings can seem like they're on fire, though they aren't hot