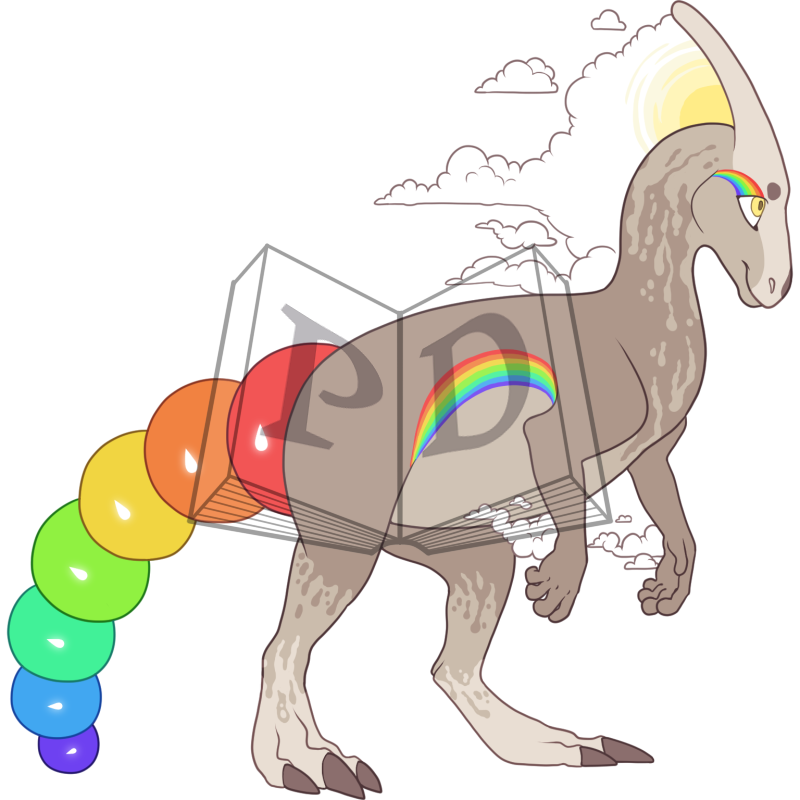 Definition:
A rainbow is a meteorological phenomenon that is caused by the reflection, refraction, and dispersion of light in water droplets resulting in a spectrum of light appearing in the sky opposite from the sun. It appears in the form of a multicolored arch.

Magic Status: 1 - Neophyte
Tier 1 - The clouds sprouting from their wrists and crest are always gently billowing.