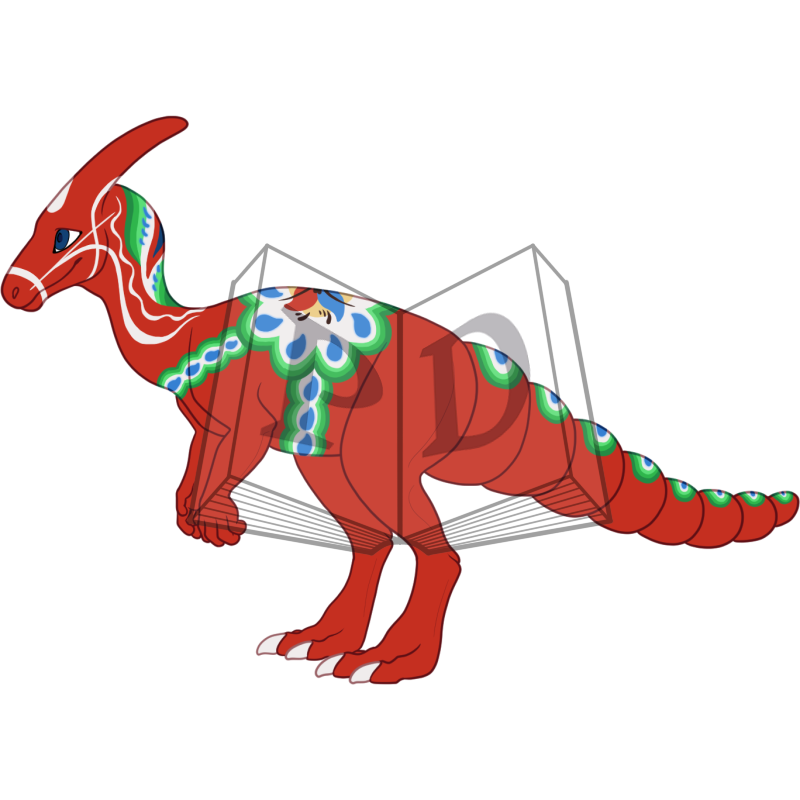 Definition:
A Dalecarlian horse or Dala horse (Swedish: Dalahäst) is a traditional carved, painted wooden statue of a horse originating in the Swedish province of Dalarna (Dalecarlia). In the old days the Dalecarlian horse was mostly used as a toy for children; in modern times it has become a symbol of Dalarna, as well as of Sweden in general. Several types of Dalecarlian horses are made, with distinguishing features common to the locality of the site where they are produced. One particular style has, however, become much more common and widespread than others. It is stoutly carved and painted bright red with details and a harness in white, green, yellow and blue.

Magic Status: 1 - Neophyte
Tier 1 - This Paralogos' skin is hard and has a wooden texture.