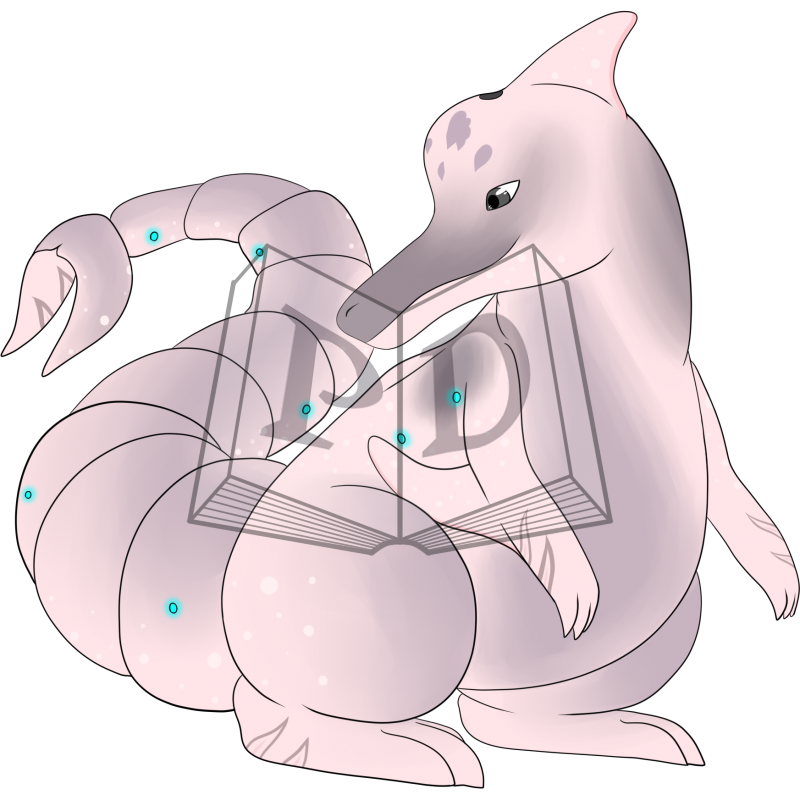 Origin:
Combination word (English), referring to the species' location and the type of animal (River + Dolphin).

Definition:
The Amazon river dolphin, also known as the pink river dolphin or boto, lives only in freshwater. It is found throughout much of the Amazon and Orinoco river basins in Bolivia, Brazil, Colombia, Ecuador, Guyana, Peru, and Venezuela. It is a relatively abundant freshwater cetacean with an estimated population in the tens of thousands. However, it is classified as vulnerable in certain areas due to dams that fragment and threaten certain populations, and from other threats such as contamination of rivers and lakes.

Magic Status: 1 - Neophyte
Tier 1 - This Paralogos' head and mouth are exaggerated in size and shape, and look much more dolphin-esque than normal.