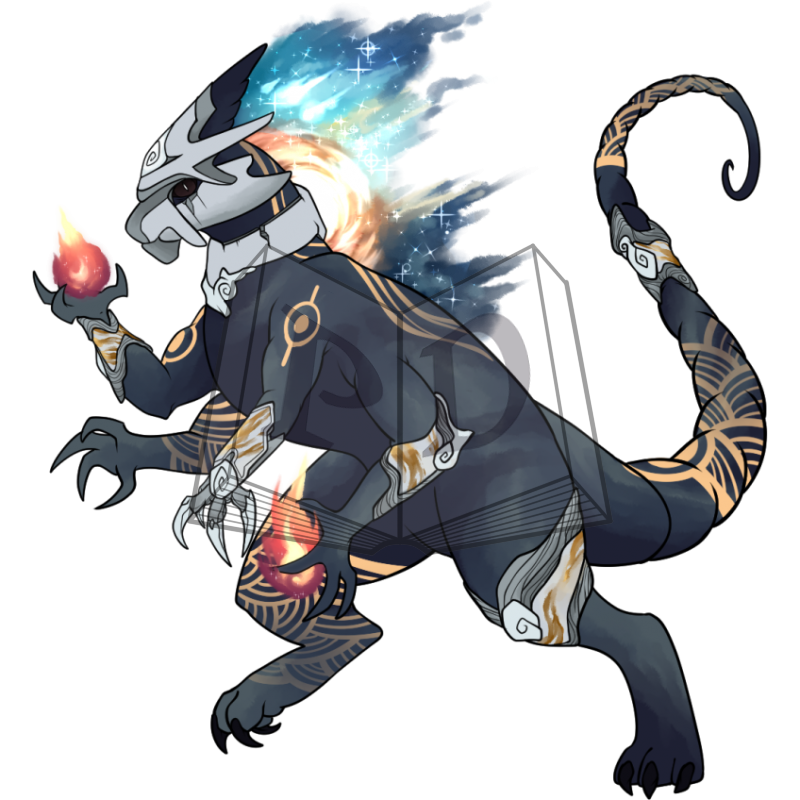 From early 14c. as "a place," also "amount or extent of time." From mid-14c. as "distance, interval of space;" from late 14c. as "ground, land, territory; extension in three dimensions; distance between two or more points." From early 15c. as "size, bulk," also "an assigned position." Typographical sense is attested from 1670s (typewriter space-bar is from 1876, earlier space-key, 1860).

Astronomical sense of "stellar depths, immense emptiness between the worlds" is by 1723, perhaps as early as "Paradise Lost" (1667), common from 1890s.

A limited extent in one, two, or three dimensions - also a boundless three-dimensional extent in which objects and events occur and have relative position and direction. Also the region beyond the earth's atmosphere or beyond the solar system. Multiple definitions.

Magic Status: 1 - Neophyte
Tier 1 - Their body is spatially in flux, and is unstable in areas- causing semi-voids to appear on themselves.
Tier 1 - Emanates a strange aura, anything within that range will feel weightless.
Tier 1 - Their body markings reflect real time spatial events, i.e. meteor showers and supernovas.