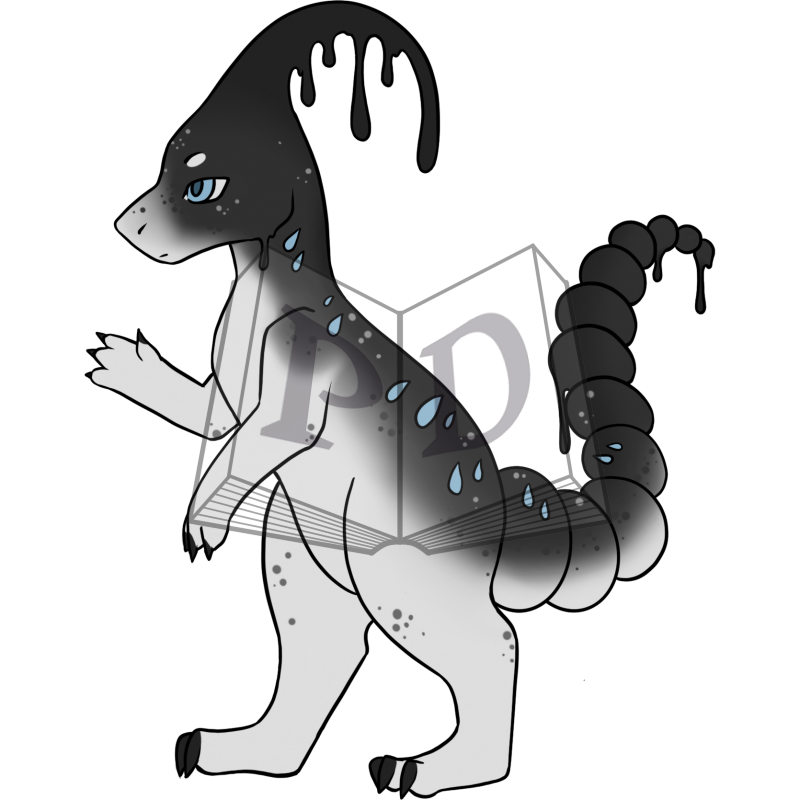 Origin:
Mushroom: a word applied at first to almost any of the larger fungi but later to the agaricoid fungi and especially the edible varieties, mid-15c., muscheron, musseroun (attested 1327 as a surname, John Mussheron), from Anglo-French musherun, Old French meisseron (11c., Modern French mousseron), perhaps from Late Latin mussirionem (nominative mussirio), though this might as well be borrowed from French.

The name ink + cap applies as to its appearance.

Definition:
Coprinopsis atramentaria, commonly known as the common ink cap or inky cap, is an edible mushroom found in Europe and North America. Previously known as Coprinus atramentarius, it is the second best known ink cap and previous member of the genus Coprinus after C. comatus.

Magic Status: 1 - Neophyte
Tier 1 - This Paralogos secretes an ink-like substance from their pores. The substance is only mildly toxic and will cause a stomachache if ingested.