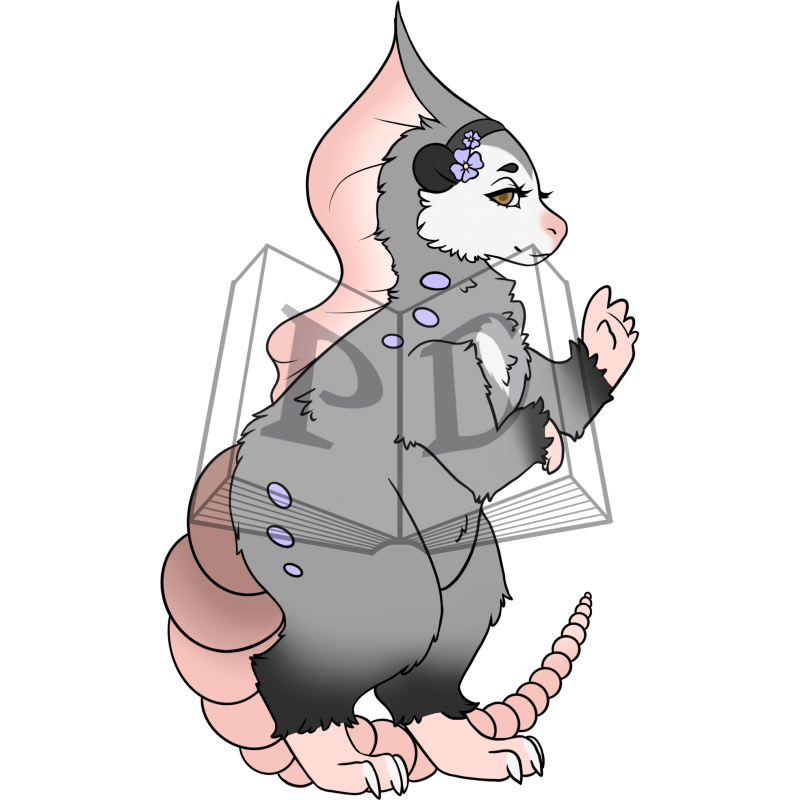 Definition:
The Virginia opossum, commonly known as the North American opossum, is the only marsupial found north of Mexico. In the United States, the animal is typically referred to simply as a possum. It is a solitary & nocturnal animal about the size of a domestic cat.

Magic Status: 1 - Neophyte
Tier 1 - This Paralogos' pouch has significantly more space than expected. However, the weight of its content is still felt.