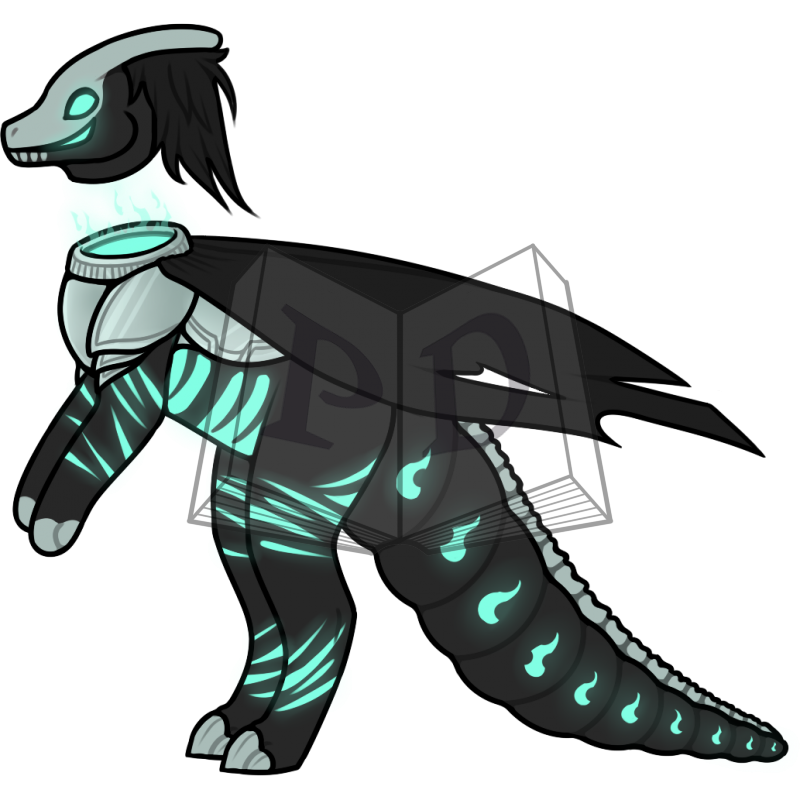 Origin:
Irish dulachán, from dubh (“black”) + another word (compare lucharachán (“elf, dwarf”)), possibly originally a term for a dark or sullen person (compare the surname Dullahan) and only subsequently applied to the spirit.

Definition:
The Dullahan is depicted as a headless rider, usually on a black horse, who carries their own head on their arm. Usually, the Dullahan is male, but there are some female versions. It is said to be the embodiment of the Celtic God Crom Dubh. The myth of the Dullahan comes from Irish mythology and folklore.

Often times depicted modernly as a knight or similar ghastly figure missing or holding their head, or having a floating head or other body parts.

Magic Status: 1 - Neophyte
Tier 1 - This Paralogos' neck is entirely transparent, appearing as though their head is floating above their shoulders.