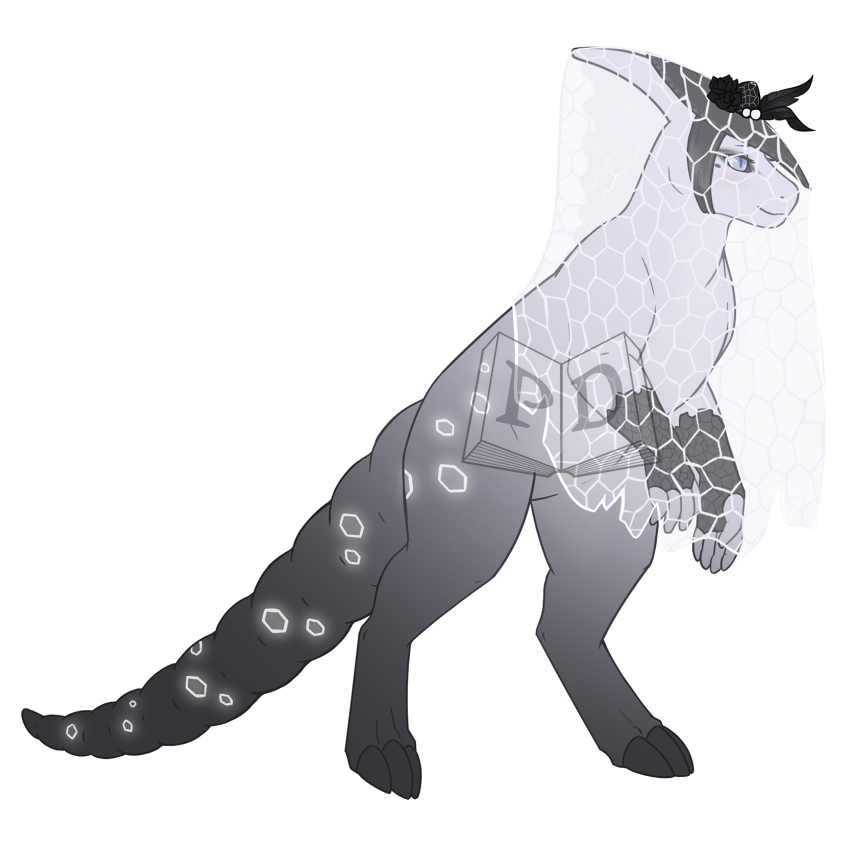 $0
Caretaker Status: Unknown
Affiliated companion(s): none
Level 2 - concrete
Word: Veiled Lady (Fungus)
Origin:
Veiled: late 14c., from Old French veler, voiller (12c.), from Latin velare "to cover, veil," from velum "a cloth, covering, curtain, veil," literally "a sail" (see veil (n.)). Figurative sense of "to conceal, mask, disguise" (something immaterial) is recorded from 1530s. Related: Veiled; veiling. Women often wore veils, and so it has an association with ladies.
Lady: c. 1200, lafdi, lavede, from Old English hlæfdige (Northumbrian hlafdia, Mercian hlafdie), "mistress of a household, wife of a lord," apparently literally "one who kneads bread," from hlaf "bread" (see loaf (n.)) + -dige "maid," which is related to dæge "maker of dough" (which is the first element in dairy; see dey (n.1)). Also compare lord (n.)). Century Dictionary finds this etymology "improbable," and OED rates it "not very plausible with regard to sense," but no one seems to have a better explanation.
Definition:
Phallus indusiatus, commonly called the bamboo mushrooms, bamboo pith, long net stinkhorn, crinoline stinkhorn or veiled lady, is a fungus in the family Phallaceae, or stinkhorns. It has a cosmopolitan distribution in tropical areas, and is found in southern Asia, Africa, the Americas, and Australia, where it grows in woodlands and gardens in rich soil and well-rotted woody material. The fruit body of the fungus is characterised by a conical to bell-shaped cap on a stalk and a delicate lacy "skirt", or indusium, that hangs from beneath the cap and reaches nearly to the ground. As per its moniker the stinkhorn- it smells like rotting meat.
Magic Status: 1 - Neophyte
Tier 1 - Smells like rotting meat.
Wisdom Status: 0 - Unaware