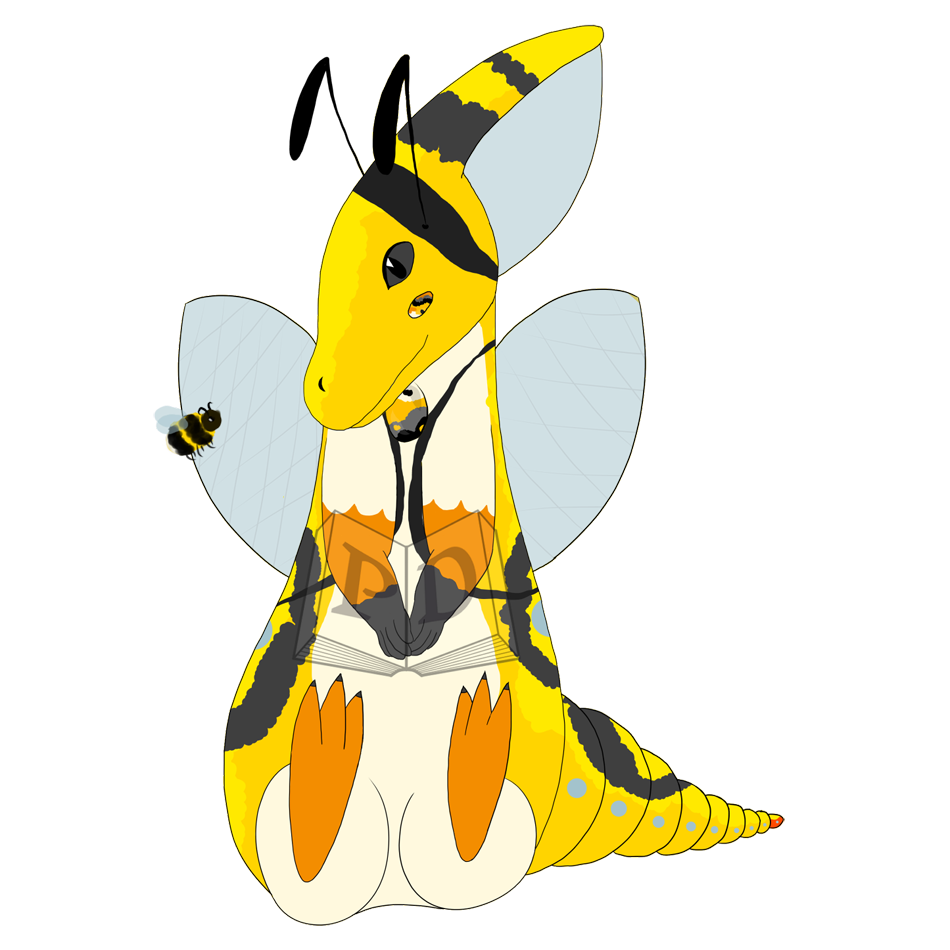 Precious stone, c. 1300, from Anglo-French jaspre, Old French jaspre, with unetymological -r-, a variant of jaspe (12c.), from Latin iaspidem (nominative iaspis), from Greek iaspis "jasper," via an Oriental language (compare Hebrew yashpeh, Akkadian yashupu). The modern use of the word is more restricted than in ancient times. Hence, from French, jaspé (1851 in English) "mottled or variegated like jasper."
Definition:
Bumble Bee Jasper (or Bumblebee) is actually a combination of volcanic matter, anhydrite, hematite, sulfur, arsenic, etc.
There is much debate over whether it is a true jasper or an agate, as some have called it.
The patterns on this stone often imitate the coloring found on bumblebees, hence the name. The yellow coloring is due to the presence of sulfur.
Magic Status: 1 - Neophyte
Tier 1 - This Paralogos can attract pollinating insects, encouraging cross pollination and crop growth.
Wisdom Status: 2 - Student
Self-Image | Intraspecies Opinion