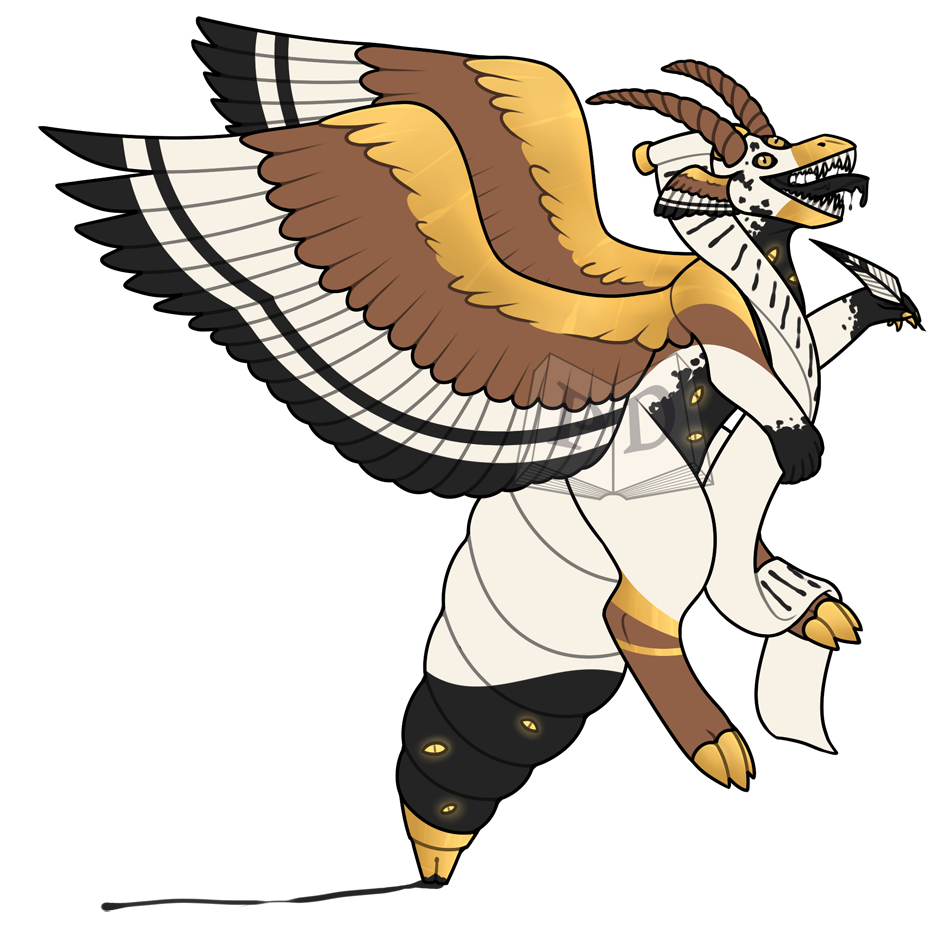 Magic Status: 1 - Neophyte
Tier 1 - The lights and ink markings on the tail of this Paralogos move as if they were affected by gravity.
Tier 1 - The fin can freely change in content and length (like a scroll that's being rolled up or down).
Tier 1 - The tail tip can emit ink that disappears after a short while.