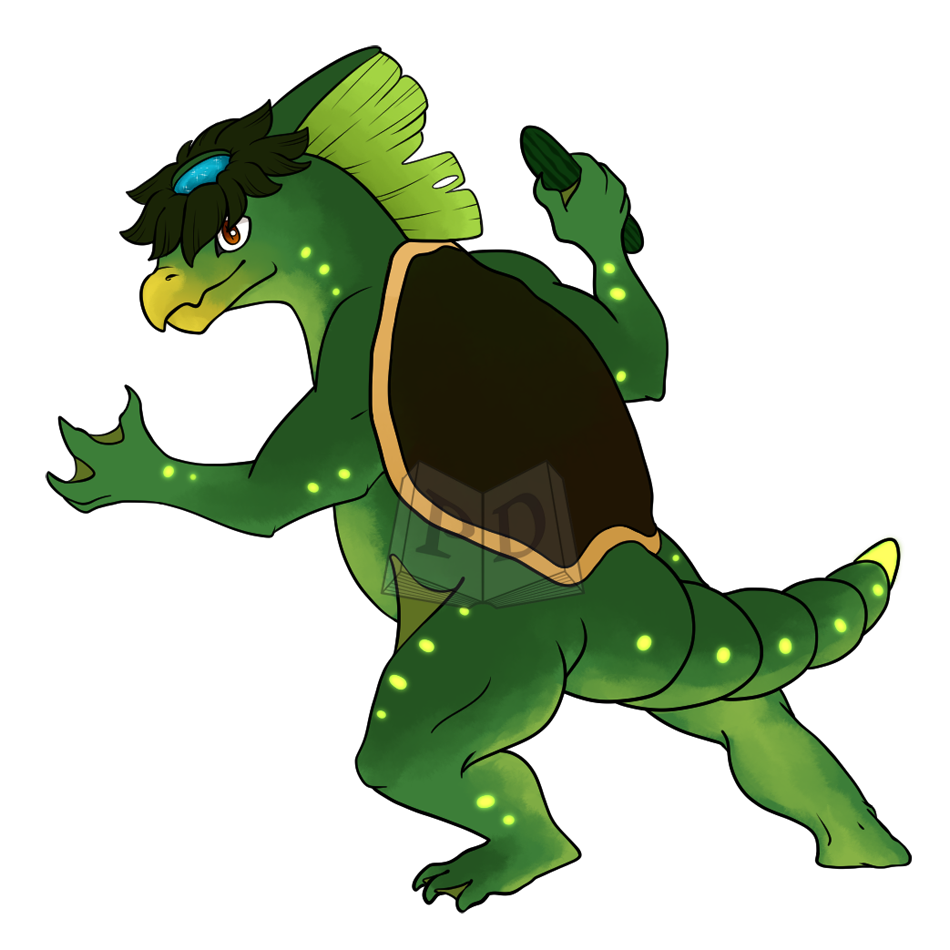 Definition:
Kappa, in Japanese folklore are a type of vampirelike lecherous creature that is more intelligent than the devilish oni & less malevolent toward men.
Kappa are credited with having taught the art of bonesetting to humans.
They are depicted in legend and art as being the size of a 10-year-old child, yellow-green in colour, and resembling monkeys,
but with fish scales or tortoise shells instead of skin.
On the top of their head they have hollow indentations that are filled with water; if the water is spilled, they are said to lose their supernatural powers.

Magic Status: 1 - Neophyte
Tier 1 - Draws physical strength from the water dish in its head, if the dish were to dry up, then they weaken.