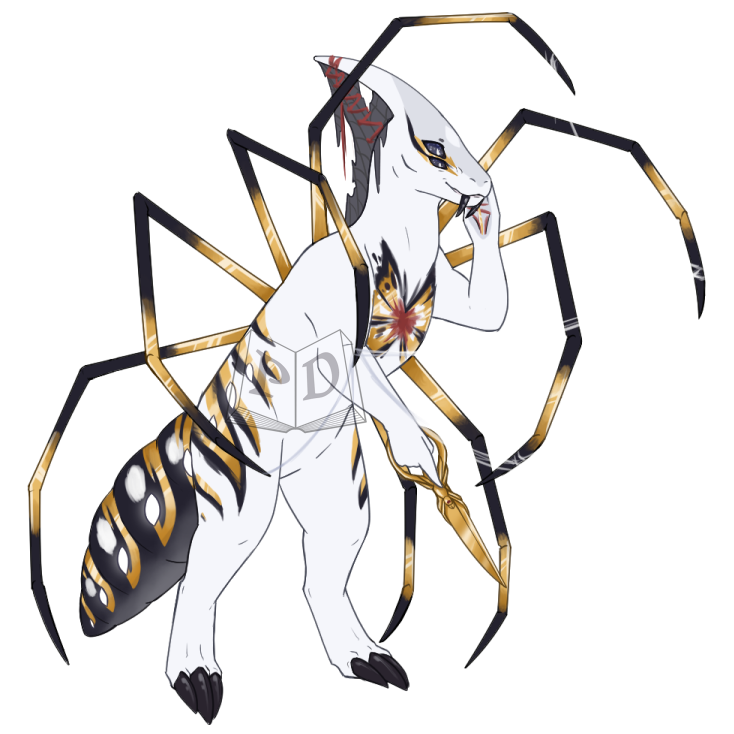 From early 15c. as "power that rules destinies, agency which predetermines events; supernatural predetermination;" also "destiny personified." Meaning "that which must be" is from 1660s; sense of "final event" is from 1768. The Latin sense evolution is from "sentence of the Gods" (Greek theosphaton) to "lot, portion" (Greek moira, personified as a goddess in Homer). The sense "one of the three goddesses (Clotho, Lachesis, and Atropos) who determined the course of a human life" is in English by 1580s. Often in a bad sense in Latin: "bad luck, ill fortune; mishap, ruin; a pest or plague." The native word in English was wyrd (see weird).

Definition:
The development of events beyond a person's control, regarded as determined by a supernatural power.

Magic Status: 6 - Master
Tier 1 - Spider-like features (additional eyes, fangs, and legs) are retractable.
Tier 1 - Can spin webs, appearing to pluck the strands out of the air.
Tier 1 - Is able to see the threads of fate that connect others.
Tier 2 - Can peer directly into the fate of an individual/entity.
Tier 3 - Can restore someone to their current fated path.
Tier 4 - Can manipulate someone's fate, changing what's already there and present.
Tier 5 - Can create a new fate for a person.
Tier 6 - Becomes the embodiment of fate in the form of a giant spider.