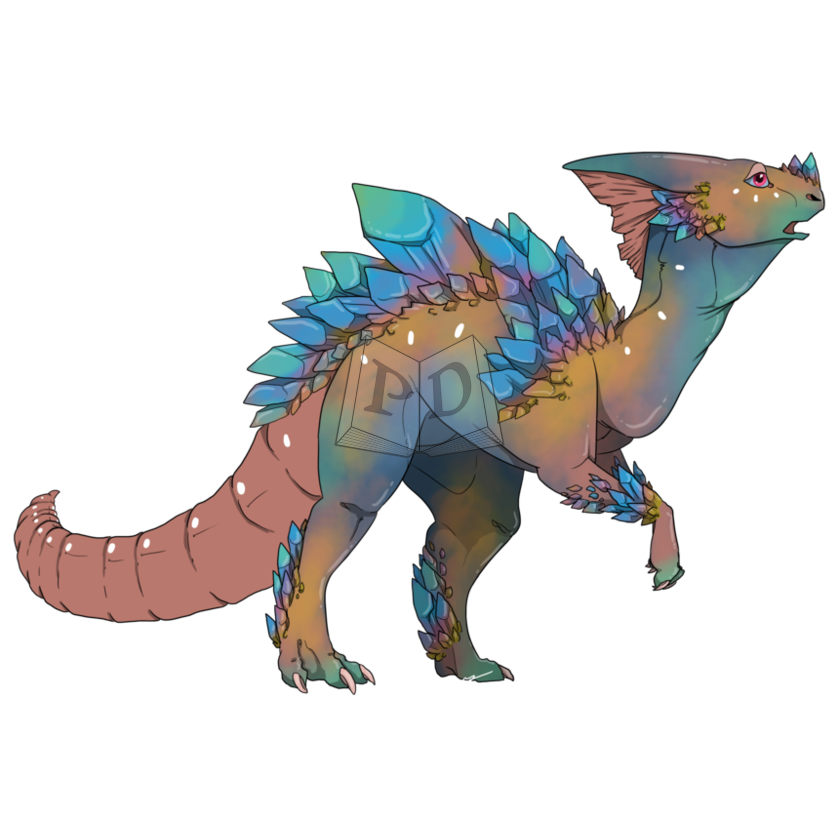 Definition:
Aura quartz is quartz that has been enhanced with a combination of titanium and niobium.

Metal-coated crystals are natural crystals, such as quartz, whose surface has been coated with metal to give them an iridescent metallic sheen. Crystals treated this way are used as gemstones and for other decorative purposes. Possible coatings include gold (resulting in a stone called aqua aura), indium, titanium, niobium and copper. Other names for crystals treated so include; angel aura, flame aura, opal aura or rainbow quartz.
Magic Status: 0 - Uninitiated