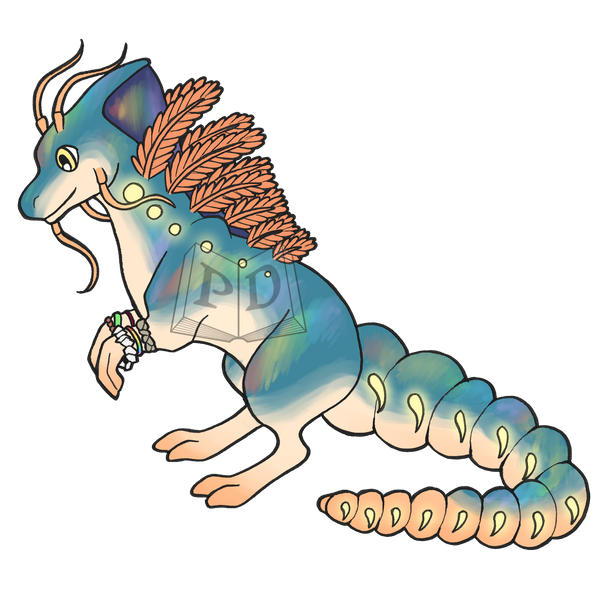 Deyan
This Paralogos has received a Snapshot
Original Art

Origin:
Each segment of the worm bears a pair of yellowish-brown, oar-like parapodia with green speckles, which contrast with the bright red gills[5] or "plumes" which endow the worm with its more common name, resembling a Christmas tree in rare cases.
This worm is sometimes called a 'junk worm' as they build their tubes using all sorts of debris (or 'junk').

Diopatra cuprea is a type of marine worm that lives in tubes covered in shell shards, rocks, algae, and other debris from the surrounding area (including random litter). The name Junk Worm is a more uncommon common name, with some other common names being- plumed, decorator, or ornate worm.
Magic Status: 1 - Neophyte
Tier 1 - Has a natural talent for found object art.