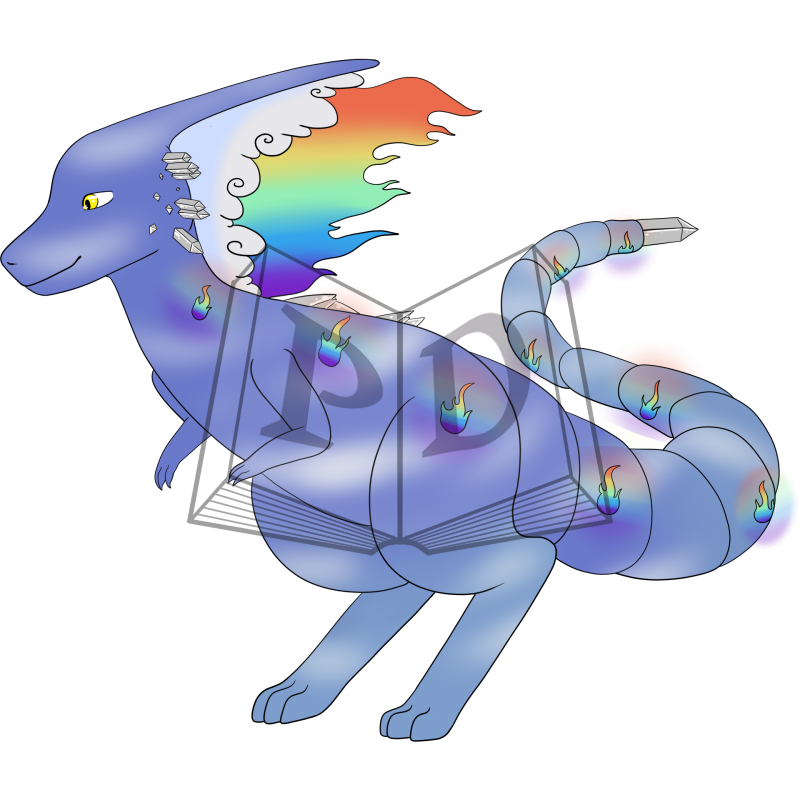 Origin:
Combination term, Fire + Rainbow, based solely on the general appearance of the phenomenon.

Definition:
A circumhorizontal arc (sometimes called a fire rainbow) is an optical phenomenon that belongs to the family of ice halos formed by the refraction of sunlight or moonlight in plate-shaped ice crystals suspended in the atmosphere, typically in cirrus or cirrostratus clouds. The misleading term "fire rainbow" is sometimes used to describe this phenomenon, although it is neither a rainbow, nor related in any way to fire. The term, apparently coined in 2006, may originate in the occasional appearance of the arc as "flames" in the sky, when it occurs in fragmentary cirrus clouds.

Magic Status: 1 - Neophyte
Tier 1 - The ice crystals on this Paralogos' body create the illusion of small fire rainbows when light shines through them.