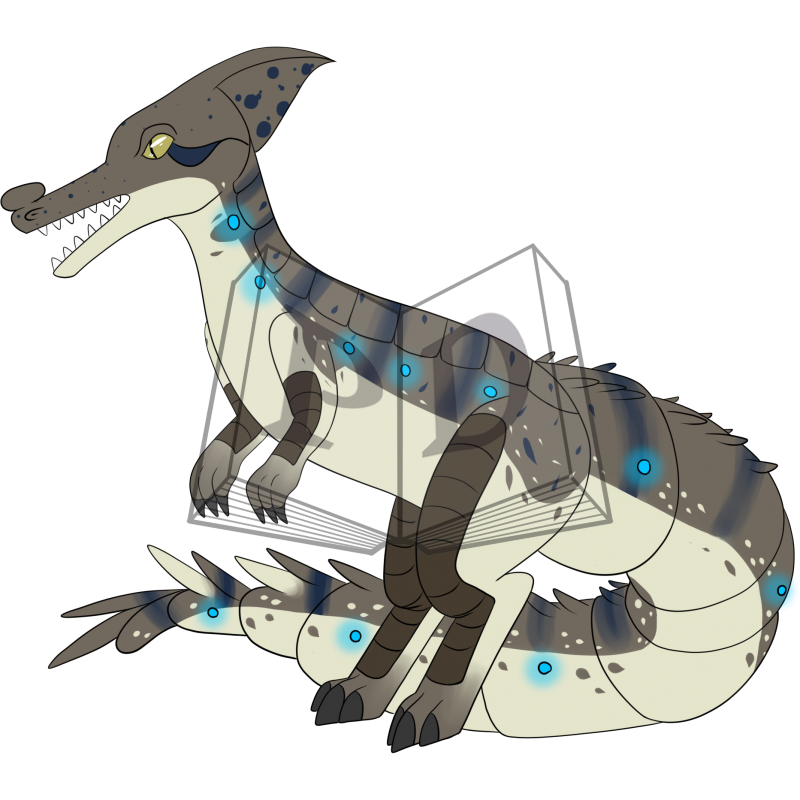 Origin:
Gharial derives its name from ghara, an Indian word for pot because of a bulbous knob (narial excrescence) present at the end of their snout. The ghara also renders gharial the only visibly sexually dimorphic crocodilian.

Definition:
The gharial (Gavialis gangeticus), also known as the gavial or the fish-eating crocodile, is a crocodilian in the family Gavialidae and among the longest of all living crocodilians. Mature females are 2.6–4.5 m (8 ft 6 in–14 ft 9 in) long, and males 3–6 m (9 ft 10 in–19 ft 8 in). They have a distinct boss at the end of the snout, which resembles an earthenware pot known as a ghara, hence the name "gharial". The gharial is well adapted to catching fish because of its long, thin snout and 110 sharp, interlocking teeth.

Magic Status: 1 - Neophyte
Tier 1 - This Paralogos' mouth/nose shape is much closer to its crocodilian word focus than normally seen. Gharials in particular have very long and thin jaws.