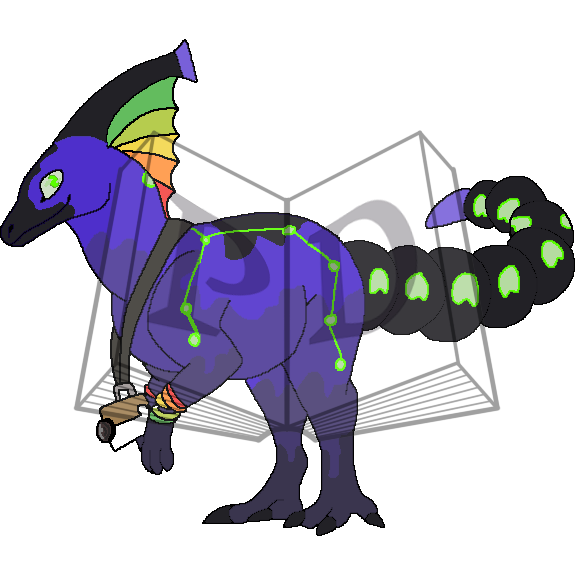 Origin:
Combination word/name for the job, Paranormal: 1905, in reference to observed events or things presumed to operate by natural laws but not conforming to those known or normal, from para- (1) + normal. + Investigator: 1550s, a native agent-noun formation from investigate, or else from Latin investigator "he that searches into," agent noun from past participle stem of investigare "to trace out, search after" (see investigation).

Definition:
One who investigates paranormal events, most commonly called "ghost hunters", who use a variety of tools such as EMF readers to detect such activity.

Magic Status: 1 - Neophyte
Tier 1 - The fin of this Paralogos will light up according to the intensity of electromagnetic field shifts. Green being minimum, and red being really strong.