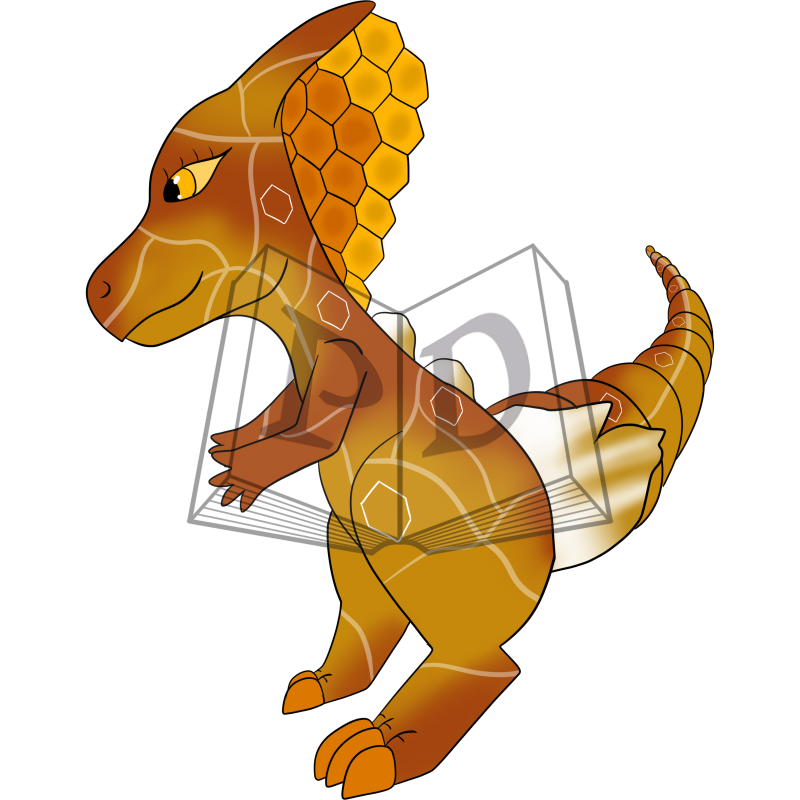 Origin:
Combination term, Honeycomb [from the shape of its patterns] + Calcite.

Honeycomb: Old English hunigcamb; see honey (n.) + comb (n.). This use of the Germanic "comb" word seems to be peculiar to English, and the likeness is not obvious. Perhaps the image is from the comb used in wool-combing, but that extended sense of comb is not attested before Middle English. In other Germanic languages the word for it is "honey-string," "honey-cake," "bee-wafer," etc. Latin has favus, Greek melikerion. Transferred use, in reference to various structures resembling honeycomb, is from 1520s. As a verb, from 1620s (implied in honeycombed).

Definition:
Honeycomb calcite is an unusual form of Calcite that ranges from a creamy pale yellow to a deep golden honey amber color. Its coloring is caused by Sulphur inclusions. Named as such for the look of its patterns caused by these inclusions.

Magic Status: 1 - Neophyte
Tier 1 - This Paralogos has an aura that helps create a temporary sense of harmony and togetherness in a small radius around it.