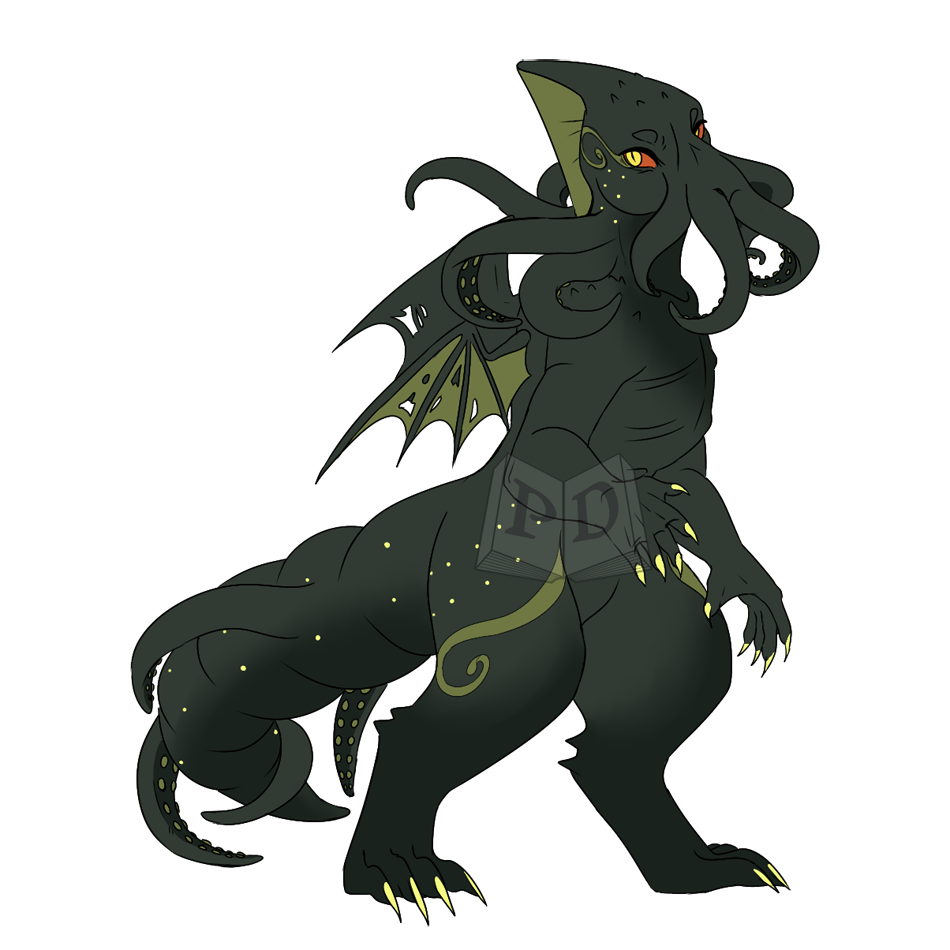 PromptoBeans
Caretaker Status: unknown
Affiliated companion(s): none
Level 3 - concrete
Word: Cthulhu
Origin:
Though invented by Lovecraft in 1928, the name Cthulhu is probably derived from the word chthonic, derived from Classical Greek, meaning "subterranean", as apparently suggested by Lovecraft himself at the end of his 1923 tale "The Rats in the Walls".

That initial sound chth- is known to have been suggested to Lovecraft by the similar sound of the words Cthonic and Cthonian, meaning related to the pre-Hellenic gods of the Underworld, from Chthōn, the Earth in its deep, dark, monstrous aspect.
Definition:
Cthulhu is a fictional cosmic entity created by writer H. P. Lovecraft and first introduced in the short story "The Call of Cthulhu", published in the American pulp magazine Weird Tales in 1928. Cthulhu's appearance is described as looking like an octopus, a dragon, and a caricature of human form.
Sometimes the name or term denotes multiple beings of a similar type. This particular creature name alone has become part of the public domain.
Magic Status: 1 - Neophyte
Tier 1 - Can cause a slight sense of mania or fear to those around them, which passes when Cthulhu leaves their space.
Wisdom Status: 1 - Preschooler
Younger Days