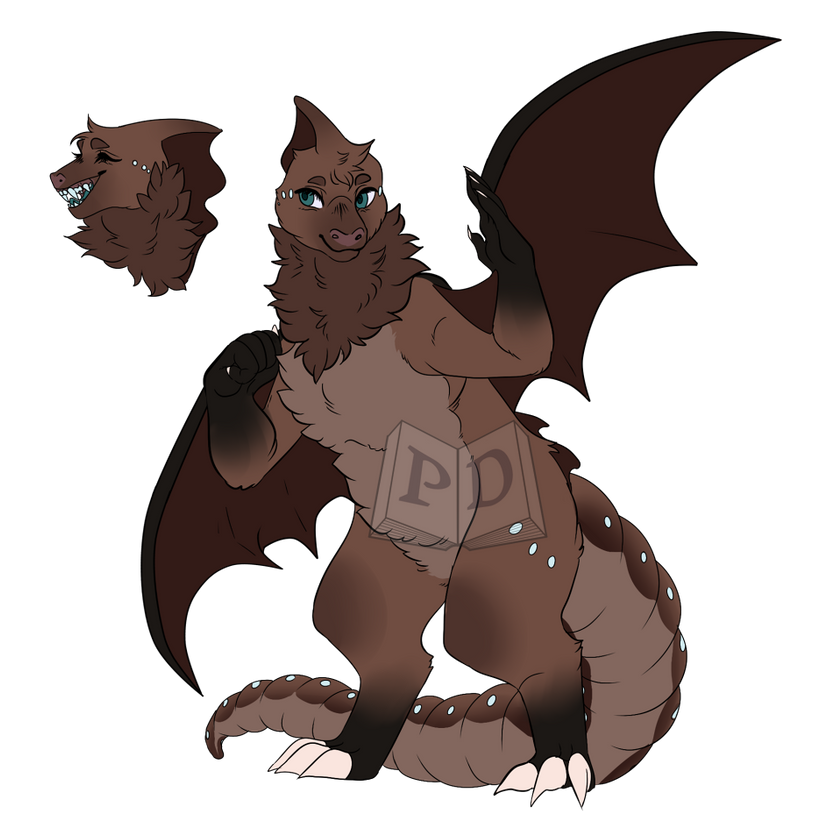 This Paralogos has received a small redesign
Original Design

Origin:
Bumblebee Bats get their popular name because they are a similar size to a large bumblebee. Their scientific name comes from the fact that they were discovered by the Thai biologist, Kitti Thonglongya, in 1973.

Definition:
Kitti's hog-nosed bat, also known as the bumblebee bat, is a vulnerable species of bat and the only extant member of the family Craseonycteridae. It occurs in western Thailand and southeast Myanmar, where it occupies limestone caves along rivers.

Magic Status: 6 - Master
Tier 1 - Can hear and produce sounds of higher frequencies (up to 100 kHz).
Tier 2 - Can speak to and understand communication of bats.
Tier 3 - Able to heal wings and small injuries of bats, more effective on the Bumblebee Bat species specifically.
Tier 4 - Can sing a calming song that can control a bat's temperaments to soothe them.
Tier 5 - Temporary creation of small bats. They dissipate after some time, and avoid disrupting natural bat colonies.
Tier 6 - Temporarily gains more bat like features, i.e. their wings expanding greatly and covering/spanning their back for flight/gliding.